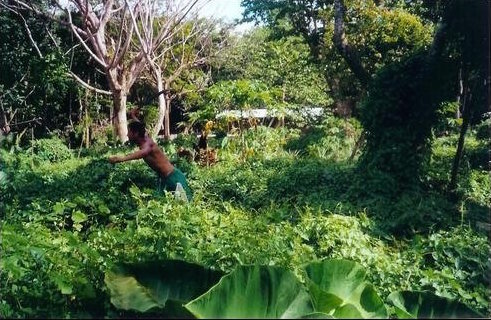 It’s Vaiaso O Le Gagana Samoa / Samoan Language Week! A time to raise awareness of the importance of our mother tongue along with every other language of Te Moana Nui a Kiwa. What usually happens around now is my timeline is inundated with messages of celebration!

There’s also another strong narrative that emerges.  It comes from NZ/Australian/US born Samoans expressing their frustration at not being able to speak the language.  It often follows that they’ve been judged as not being real Samoans.

That conversation has been done to death and it’s unfortunate it’s still being had. Today I’m not interested in rehashing that though. What popped into my mind were the reactions to a post I made last year:

The dawn raids in the 1970s have often been publicised as one of darkest moments for Pacific people in Auckland. Rightfully so. Less light has been shed on prejudice experienced by Pacific families prior to that. Like being forced to send your children off to an orphanage and having any semblance of your culture completely stripped from you down to your name. Like putting pegs on your nostrils in the hopes that they might become prettier and pointier like white noses.

Talking to my Mum this week, she mentioned how much of the mental illness within our communities today [along with any people who have had to assimilate] can be traced back to this intentional attack on our culture – a devaluation of beauty, language, tradition and spirit. A seperation from true self.

Deprogramming all of that colonisation takes a tremendous amount of hard work but it can be managed by digging deep and seeing and feeling it for what it really is. Mourning it properly then freeing it.

Not everyone gets to have these conversations growing up. I know it’s why I am so open and dedicated to education and equitable outcomes for us. It’s through my Mum. She’s always been candid about everything – whether it’s the level of privilege she experienced due to her proximity to whiteness or constantly having to fight in the workplace to be respected. Over the years I’ve come to understand more and more and we become closer and closer.

Now I knew this would be confronting for a lot of people to read [especially my extended family] but what I didn’t anticipate were the number of Samoans who took it as a personal assault on their being.

“Yeah I’ve experienced racism and it actually comes from our own! Samoans have always called me fia palagi growing up and told me I’m not Samoan enough! Well I’m proud to be from New Zealand, I’m a Kiwi, it’s my identity and it’s part of who I am!”

Fia palagi loosely translates to “wannabe white” and can be used in a few different ways:

In either of these cases, it’s still very much used as an insult.

My commentary doesn’t apply to the first example. You aren’t less Samoan because you speak clearly, read comics and prefer to listen to Motley Crue over playing rugby.

Nor does my commentary apply to the second example. Not really sure these people see being called fia palagi as an insult cuz to them it’s better than being a fob [another judgment call]. These people often self identify as being “plastic” uggggh can’t stand that word.

The last example is where I’m at! Islanders who are disconnected from aspects of their culture through no fault of their own.

So let’s take a look at that statement again:

“Yeah I’ve experienced racism and it actually comes from our own! Samoans have always called me fia palagi growing up and told me I’m not Samoan enough! Well I’m proud to be from New Zealand, I’m a Kiwi, it’s my identity and it’s part of who I am!”

Before we go into fia palagis I gotta unpack a couple of other things first:

Experiencing racism within the Samoan community – that’s not a thing. Racism isn’t about just calling someone a name. It’s about power and the ability to discriminate against and oppress a people. There is definitely colorism within the islands, where preferential treatment is given to those who are lighter skinned with white heritage. But that’s nowhere near the same thing. Telling someone they act white doesn’t quite pack the same punch!

As for the sense of nationalism – I can be proud to be from New Zealand for many reasons but to be proud of being a product of assimilation and colonisation is problematic. If you can’t see how they’ve had harmful effects on our people then sorry sis, you in the sunken place. I love my hometown of Porirua for its diversity, its culture and its creativity. I love Aotearoa for being a trailblazer in indigenous affairs. And I love how progressive we are on the world stage [except for when we’re not really]. But I’m not gonna defend its ugly history. I’m not gonna stop calling out what’s still f.cked up about it. And I’m not gonna act grateful for being able to speak English which, for many of us, has come at the price of not learning Fa’a Samoa.

All right – now back to back to fia palagi! It’s an insult that can really hit a nerve and rile people up like crazy. Why is that? I don’t think shaming someone into [re]discovering their true heritage is helpful at all HOWEVER I do think there is something to say about the term and the hurt that’s felt when that label is put upon you. It carries truth.

I can’t even remember the last time someone tried to call me fia palagi [prolly cuz y’all know I’m out in these streets acting like an animal so there are other words that come to mind first] but if someone did call me that, I’d kinda have to own it. I believe my heart operates from a place of my people but in a lot of ways, I’m fia palagi.

With the help of the myth of white supremacy, my family made certain decisions they believed were in our best interests in the pursuit of obtaining a better life and as a result, we’re missing pieces of who we are.

Do we have to stay this way? No. We don’t. That responsibility lies on us and no one else. We can make active choices to dig deeper and prioritise the knowledge, the genealogy and the richness of our ancestors over what’s been force fed to us. We have that opportunity. We’re pretty fortunate to have it. Sadly, there are displaced peoples who don’t.

So the next time someone calls you fia palagi, let it be a reminder that our asses BEEN fia palagi for a looong time. And whoever called you that is on some shit cuz it’s not like they haven’t been untouched by it either – hello, Samoa itself is said to be built upon Christianity.

Our language isn’t the be all and end all of what makes us Samoan but it’s one of many important parts of our identity.  The whole point of this week is to remind us of how beautiful it is so it doesn’t die out.

In saying that, I’m not about to judge anyone who doesn’t venture out to the islands to find themselves [let’s keep it real, that’s a privilege in itself these days!] but I do encourage you to reflect on what being Samoan is to you and how that helps you navigate your way through life. 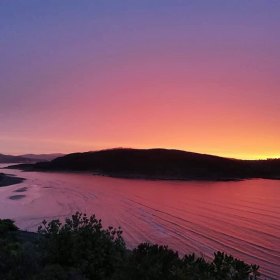