Went a lil “How Stella How Got Her Groove Back” on you the last time I wrote an entry and I can honestly say things have been on the up and up since then!  After 7 months out here, there are clear signs that I’m well and truly settled into Sydney:

1.  Falling asleep in the middle of a presentation whilst sitting next to senior management.

2.  Jumping out of a moving vehicle in a Where’s Wally costume on Halloween.

The dumbshitness of these incidents are old habits slipping through, which indicates I’m comfortable again! To celebrate this achievement/perversion and the closing of another year, I’m yet again serving you Oprah realness [as seen in 2012 and 2013] with the 2014 edition of Krit’s Favourite Things.  HOLLAH.

Turns out Sydney has some cool spots!  I love me some rides/action but my manager has forbidden me from any “extreme activity” or fake movie stunts after a couple of bumps…

Got stuck in a tube at Wet N Wild and had to wait for staff to pull me out through a little trapdoor.

Then there was the time I may have almost broken my femur doing a flip at Sky Zone.

Oh and I cracked my ribs after hitting a ramp my first time wakeboarding at Perth Wake Park cuz I didn’t know how to steer away from it but aside from that I had mad fun!

Best app I thrashed this year!  Their fares are cheaper than taxis, you can track your driver’s movements [especially helpful when you leave something behind], cats tend to be friendlier and they got water and snacks on deck.  My best Uber experience so far was when I hopped in this bootleg Cash Cab one night in West Hollywood [I was slightly intoxicated so please excuse that]…

Something about dressing up brings out the beast in people!  Prolly the whole notion of becoming someone else [that’s what it is in my head at least].  I have a history of leaving costumes to the very last minute which results in scraping for options…

…this year…well this year was no different…running around, borrowing, grabbing whatever’s left like the Transformers mask at the $2 shop that hurt my face cuz it was made for a 6 year old. Competing

As kids my Mum forced us to play a sport every year cuz she said it teaches you things you can’t learn in the classroom.  I used to moan cuz my school only offered rugby and basketball and I was useless at both but I’m thankful for it now cuz she was right.  Teamwork, discipline, strategy, competitiveness – I’m always on the lookout for a good game to jump in on from the athletic variety…

…to the most impactful competition I took out this year, the MTV VJ Search… My Stories

A ritual I developed in Ohio where I had so much free time it wasn’t funny so every night I was knocking out season after season of any and every series on my MacBook – didn’t matter how horrible the show was.  If students tried to reach me in the evening I’d be like “this better be important cuz I’m watching my stories”.

Been far busier since I moved back to New Zealand/moved to Australia but I haven’t been able to break the habit!  This year it’s been all about “Sons of Anarchy”, “How To Get Away With Murder” and “American Horror Story” [there’ve been a few more but I’m too ashamed to mention them at this stage].

I’ve gone into great detail before about what this opportunity means for me so I couldn’t write this without dropping MTV!  Getting better with interviews, photoshoots and red carpets with each day!

We’ve got the meanest offices here and around the world too! Grown heaps since I started so keen on seeing where I’ll be at with it all by the end of year!

Whether you’re recharging or reflecting you can get quite a bit done on them.  Huge fan of getting away from it all for some peace and quiet.  Had my little goal setting bush walk at the beginning of the year…

…and when I can’t do all of that, there’s always the quick fix on the beach at the asscrack of dawn.

Not all my retreats have been soul searching hoohas.  For me, they’re also about escaping your day-to-day routine and this year I managed to do just that in the form of a family outing in the NASCAR pit stops with Michael Jordan…

…and a reunion with my college friends at Yankee Stadium for the 150th Lehigh Lafayette rivalry game, 40,000 strong.  I studied at Lehigh University and was employed as a graduate assistant at Lafayette College so being the turncoat I am I was cheering for whoever was winning. Can’t forget the brief but much needed stopover in Detroit to see my students from Lourdes. Service

There’s a Samoan proverb that goes ‘o le ala i le pule o le tautua’ – the pathway to leadership is through service.  If you’re not passing on what you’ve got then what’s the point, right?  I’ve had a blast getting involved in different projects this year…

…teaching at the institute I graduated from…

…participating in charity events… …and volunteering! My biggest highlight would be spending Christmas day back home in Porirua with my Mum and my brother Miki and coming together with our community to put on a feed and give presents to over 300 people.

I love getting visitors!  I’ve been too lucky to have literally hundreds of people host me all over the world throughout my life [I know it can be exhausting as hell entertaining guests!] it’s only right I open my home to others and show them around.

Thanks for making time for me!  If there’s one piece of advice I got this year it’s to keep your family close – that extends to everyone I love.  Let’s keep it going in 2015! 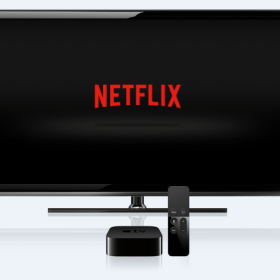 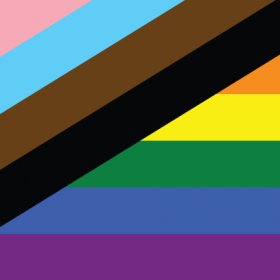 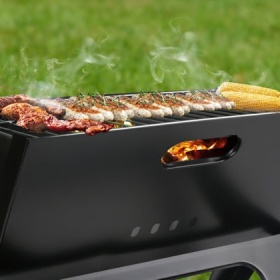