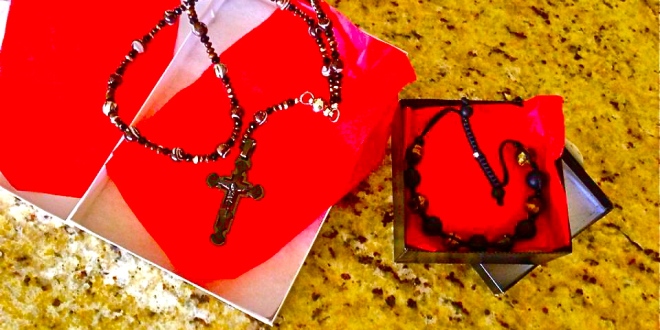 I’m often told that I’m a ‘free spirit’.  I still don’t really know what that means – I tend to think of hippies smoking a pipe in a field.  The definitions I’ve come across range from being unique and courageous to being frivolous and just not giving an ess-h-i-t.

Court:  Because…he just…doesn’t care!  Wait…that may have come across wrong…but most of the time it’s a great thing! 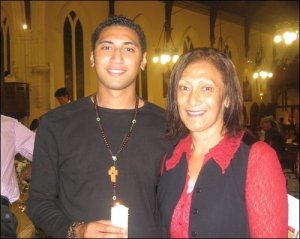 This Easter, my Mum came to visit me for the fourth time since I’ve lived in the US.  She met a lot of my friends from Lehigh again along with some new faces.  Thankfully, she enjoyed everyone’s company.  Years of experience have taught me to be extremely careful with the who, how and for how long on that front cuz while my Mum’s polite and polished, she has no qualms about expressing her distaste for someone once they get on her nerves.  She’s NOTORIOUS for going in on people, especially in public. 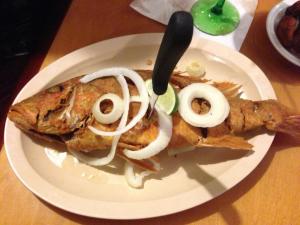 It was a big two weeks – we roamed around Florida, New York, New Jersey and, for my Mum’s first time, Ohio.  She LOVED my students.  Made me happy to see she still supports my commitment to education. 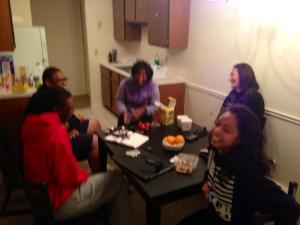 “Insanity” With The Students

If you know me, you know that money has never been my drive.  I’m so simple and low maintenance, it’s not funny.  People enter my apartment and ask if I’ve been robbed.  There’s always been an assumption around that I come from a wealthy family but that couldn’t be further from the truth.  There’s nothing wrong at all with wanting riches but that’s just not me.  However, I do sometimes worry that the career path I’ve chosen won’t give me the financial security to support my family the way I’d like to.  My potential earning power is supposedly ‘up there’ but I’m always more concerned with doing what’s fun for me and fun for others.  I see my old classmates miserably stressed out working in firms and think to myself “oh hell nawl”.  I guess that’s where my ‘free spirit’ tag comes into play.  Speaking of free spirits, the biggest hippy I know happens to be a black girl from Bed-Stuy, Brooklyn named Courtney.  Her and my Mum finally got to meet each other this trip. 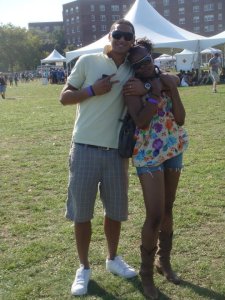 I’ve known Court for over 10 years now.  We’re both big music enthusiasts – not so much as musicians but as listeners.  As a ride or die TLC and Prince stan, it was always a mission getting my hands on rare material, merchandise and updates all the way in New Zealand.  Back home, you couldn’t rely on YouTube, Amazon or eBay, especially in the 90s and early 2000s.  I resorted to music boards where Court often helped get me my fix.  We had a lot of similar interests too, so we linked up in NYC in 2oo5.  I was 21 at the time and living in the US for a 4-month work exchange. 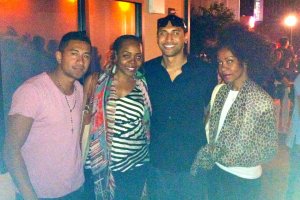 As fans of live entertainment, we’ve gone to quite a few shows together.  I love A Tribe Called Quest so I dragged her to Rock The Bells in 2010 which was their last performance before breaking up again for the 10th time.

We’ve seen each other perform too.  Court works in advertising but she’s also an artist in many respects [as hippies usually are].  In 2011, I was hosting my friend Arden from Porirua and we checked out her play.  In 2012, Court came to Lehigh to support me in “The Little Foxes”. 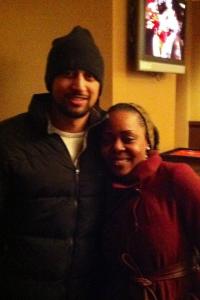 Most recently Court’s been prepping herself for a fitness competition which had a mock show while me and my Mum were in town. 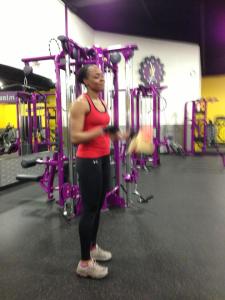 Court Rocking Yet Another Wig @ The Elite Heat Mock Show [2013]

So Court treated my Mum and I to dinner at a restaurant called Elmo’s in Chelsea which is across the road from where she works.  Chelsea’s well known for its gay population.  This was reflected in the exploitation of the all male supermodel staff working that night.  I said to one waiter “would you call this the gay Hooters?”  Well maybe not Hooters cuz it was more upscale but still.  ANYWAY, my Mum really doted on Court.  They talked and talked and ignored me the whole night.  It surprised me, not cuz Court’s a freak [which she is], but because she exudes a great deal of spiritual energy and I didn’t know how receptive my Mum would be to it.  You don’t come by many people like that where I’m from.  As it turns out, my Mum said that evening was the highlight of her stay.  They have a lot in common – they both come from large families of self-assured women and they both share a passion for health and fitness.  I was glad they hit it off cuz Court’s been a big influence of mine for quite some time. 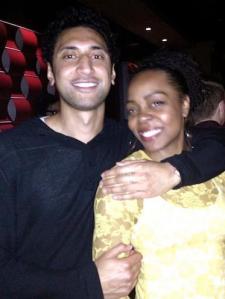 I’ve always been comfortable being different from my peers but it wasn’t till I was older that it was really appreciated.  Having a friend like Court helps bring out your odd side without seeing it as a bad thing.  We both have our own ways of living as free birds or whatever you wanna call it yet our lives look totally different.  It’s funny how you can aspire to attain certain qualities someone else possesses while they admire you for being the exact opposite.  I reckon being happy in your own skin allows you to be more open and have a genuine connection with more people on more levels.  When it comes to mental and physical wellbeing, Court’s my go-to [well except for that vegan crap, dat ain’t da move mami].  My Personal Oprah in some ways but better.  She’s creative, she’s selfless, she’s thoughtful and best of all she loves hard.  Quite the creature!  If there’s one thing I’ve learned from Court, it’s to never be ashamed of being ‘weird’.  Shout out to all my free spirits.