I’ve known Josephina [Boofty] for almost 10 years now through our studies.  We never had class together – I was at law school while she was on her way to becoming a chartered accountant but we were both heavily involved in the Auckland University Pacific Island Students Association.  That era right there is another story in itself but anyway; I’ve always known Josephina to be a happy-go-lucky girl who has a strong love for her family [in particular her mother and her grandma], her faith [as a Catholic] and her culture [as a Tongan].  My Dad’s eldest brother, Uncle Francis, has gone to the same parish as Boofty’s family since forever – if you ever mention her name around him he goes on a rant about how glorious her readings are at mass. 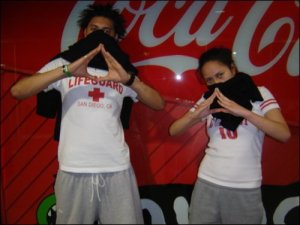 When Josephina graduated she was snapped up by KPMG.  In 2011 she spent her international secondment at the KPMG offices in Memphis, Tennessee so we reunited at Lehigh University [where I was at for grad school] and went CRAZY.  You can ask anybody there, we were ridiculous.  Josephina’s one of the very few people who come close to being as ta’e mahino as me [you can guess what that means].  Now she’s an accountant at Fonterra in Auckland, New Zealand where she continues to excel in her field. 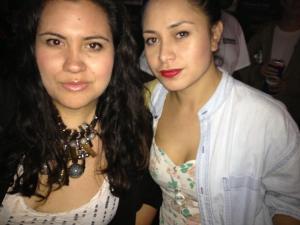 I know Whitney through Josephina because they’re close friends from high school.  Whitney’s a warm Maori girl who studied International Business/Marketing at AUT, during which time she went on an exchange to Mexico.  She’s been a globetrotter for some time now, jumping all over the show so she’s in her element getting paid to work with international students and travel the world.  She moved to Melbourne last year to take up a position at a high ranking Australian university and her main area of focus is now Northern America.

Last week the three of us reunited in Kingston, Jamaica for some time out.  I don’t know if it’s possible to get a worse combination of mental patients.  To say we’re about to have a big night, we’ll throw out terms like “we’re gonna froth at the mouth!” and “we’re gonna dine in hell!” which we did.  I won’t go into too much detail but to give you some insight, I may have gone missing for 12 hours and it may have taken 15 police officers, 5 detectives and the Kingston SWAT Team to find me.  Don’t worry!  No one was harmed and everyone had a good laugh in the end.  I just got a little carried away as usual.  Aside from that, it was an awesome night and I have to say Jamaican DJs are the JAM.  They were breaking off a string of 90s R&B/Pop anthems we grew up listening to which only encouraged our monstrous behaviour now that I think about it.

Going into this trip, none of us knew anyone currently living in Jamaica but we all had a bunch of friends of Jamaican descent.  Lorrie, one of my trusty little Jamaican students from when I was working at Lafayette College [which happens to be Lehigh’s biggest rival] hooked me up with her first cousin, Danielle, who lives in Kingston.  Danielle was an awesome host!  We turned the poor girl’s world upside down with our antics but to our surprise she showed us nothing but love.  Anyone else woulda probably reported us to Interpol. 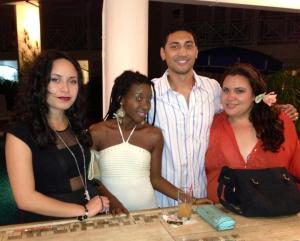 While we did a few touristy things like visit Bob Marley’s house and check out the different music studios and museums, we got to experience much more from being with Danielle and roaming the island with her friends and family.

Everyone enjoys holidays differently but for me, I never go anywhere where I don’t know someone who can show me what locals get up to.  I reckon you get the most out of a trip that way.  People kept asking me why I’d want to go to Kingston – why not Montego Bay?  Resorts have never been my thing – you’re only going to meet other tourists there and I’ve got family and friends who live on beautiful beaches all over the Pacific.  I can do that any time.  I’m trying to meet new people and gain new experiences.  If that’s your goal, reach out to your networks to find a connection – this world is so small, you’re bound to know someone or someone who knows someone wherever you go.

I had me a blast but that’s probably the last blast like that I need to have in this lifetime.  Thanks for a mean long weekend.

7 thoughts on “Time Out”